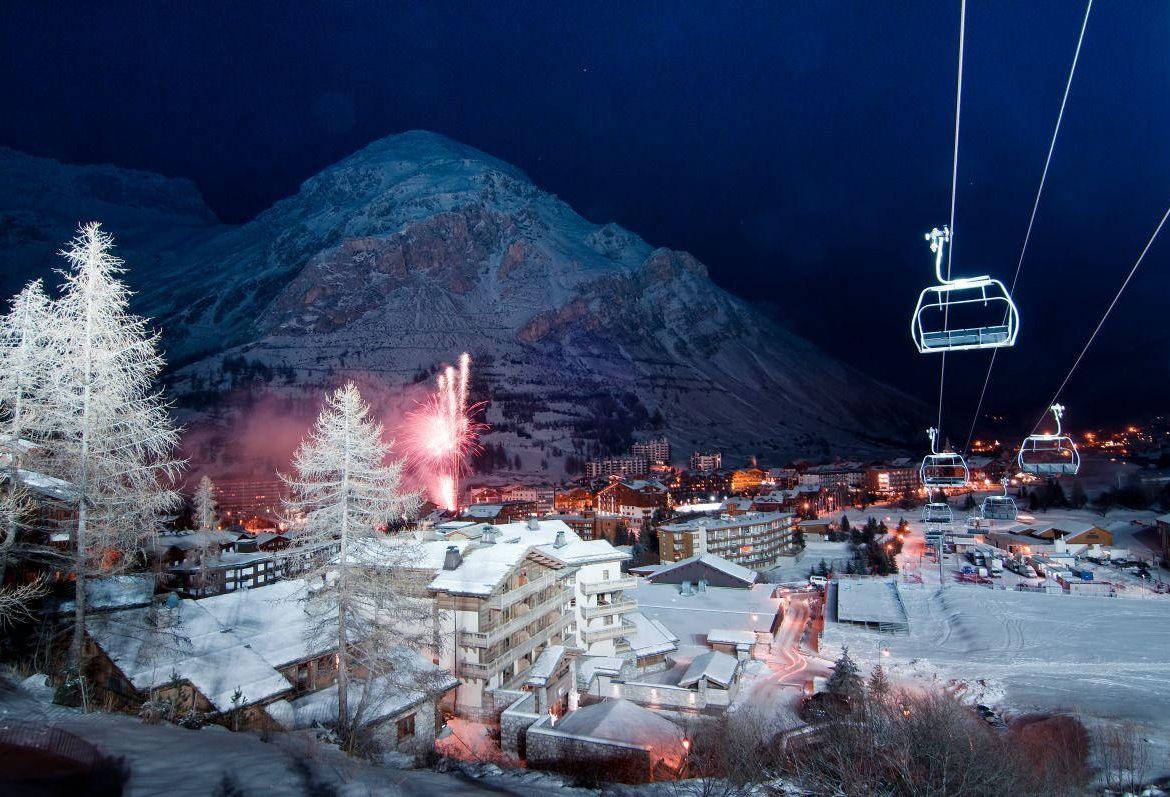 Val d’Isère, undoubtedly the most famous of the French Alpine resorts. It has a lively and energetic atmosphere, and it carries itself well as one of Europe’s top ski destinations. With a frightening reputation for its tough black pistes and off-piste routes, as well as its booming après ski scene, read our resort guide to Val d’Isère.

History of the village of Val d’Isère

Val d’Isere’s development as an international ski resort began in the 1930s, with the construction of the first hotels in 1932. The Solaise gondola was constructed in 1942, and by the early 1960s, Val d’Isère featured a dozen drag lifts and two cable cars. The resort has long been appreciated by top skiing champions, notably Jean-Claude Killy, who won three gold medals in the 1968 Winter Olympics in Grenoble. In fact, the Val d’Isere – Tignes ski region was dubbed ‘Espace Killy’ in his honor, but has since been renamed Val-Tignes.

The Albertville Winter Olympics in 1992 were instrumental in putting Val d’Isere on the map, bringing many enhancements to the area, notably the installation of the Funival at La Daille. The town was also given a Savoyard makeover to make it more appealing to potential guests. Since then, the resort has hosted the 2009 Alpine Skiing World Championships and has begun on a EUR 170 million renovation project known as ‘Le Coin de Val,’ which will bring 900 additional guest beds, two luxury hotels, a slew of chalets, new stores, services, and restaurants to the region.

Where is Val d’Isère ?

Val d’Isere is situated in the Tarentaise Valley, in the department of Savoie in southeastern France. It is located 5 kilometers from the French-Italian border and on the outskirts of the Vanoise National Park. Val d’Isere, which shares the Espace Killy ski area with neighboring Tignes, is located at 1850 meters, with pistes reaching 3488 meters at the Pointe du Montet and the Pissaillas glacier close below at 3450 meters. Skiers have a choice of 300 km of lines, making it one of Europe’s largest ski resorts.

The resort is roughly a mile long and has numerous satellite settlements, notably Le Fornet at the base of the Col de l’Iseran area and La Daille.

Val d’Isere, which is connected to Tignes, offers a decent-sized ski resort with 300 km of pre-prepared pistes as well as spectacular off-piste chances. Val d’Isere’s skiing is divided into four areas: La Daille, Solaise, Bellevarde, and Le Fornet. Solaise is a great place for novices, with blue runs nearby for progression. Bellevarde is ideal for confident intermediate skiers and is home to La Face, the black line created for the 1992 Albertville Olympics as the Men’s Downhill. Lifts to the Col de Fresse and Toviere, which connect to Tignes, are located above La Daille. Le Fornet, at the opposite end of the valley, serves as a gateway to the Pissallias Glacier and some spectacular off-piste skiing.

Beyond the slopes, Val d’Isere has a plethora of activities for both non-skiers and adrenaline seekers. The 800m ice driving track, where you may slide around an icy route in a rear-wheel-drive BMW or astride an E-Motorbike, will entice petrolheads. A nearby ice karting track is ideal for racing against friends and family.

Another option is to explore the valley with your own squad of huskies. Allow an expert musher to drive you, or take the reins yourself. Take a beautiful flight above the summits to get a bird’s-eye perspective of the valley, exploring the peaks of Mont Blanc, La Grande Casse, and Les Ecrins. A tandem paragliding ride from the summit of Solaise mountain is also available.

The Aquasportif center has an indoor pool, a gym, a sports hall, a climbing wall, and a spa. There is also an artificial outdoor ice rink in the town center, which is open in the afternoon and evening.

Mountain biking, cycling, and hiking are all popular sports in Val d’Isère throughout the summer. Adrenaline junkies will enjoy water activities such as hydro-speeding, canyoning, and rafting.

Val d’Isere is also a fantastic location for rock climbing, which is suitable for both beginners and expert climbers. If you want to scale a rock in a less intimidating method, Via Ferrata is a wonderful option.

Summer skiing on the Grande Motte glacier is available from 8 a.m. to 1 p.m. It has 27 kilometers of slopes for all levels, as well as a snow park with jumps and, on occasion, a half pipe.

Where to eat in Val d’Isère?

La Baraque is a locals’ favorite in the village. The menu is varied and the atmosphere is pleasant, serving classic and fusion food. Le Lodge Bar & Restaurant provides alpine staples such as fondue as well as pizzas for a more relaxed experience. Later, the resident DJ hits the stage.

Après-ski and drinks in Val d’Isère?

Apres-ski is taken seriously in Val d’Isère, with the activity beginning at La Folie Douce, right above La Daille. Cocorico, at the bottom of Solaise, is similarly busy, with live music and DJs. From midnight to the early hours of the morning, the basement transforms into Doudoune, a lively nightclub. Bananas, a long-standing bar and restaurant, is also popular towards the end of the day. Dick’s Tea Bar and The Fall Line are hot spots for late-night activity. Try La Cave Sur La Comptoir, a charming tiny wine bar open everyday from 5pm to 1am, for a more refined atmosphere. Many upscale hotels, like Blizzard, Savoyarde, and La Rosée Blanche, feature pleasant bars where you may have a glass of wine.

Do you want to spend some time at the Val d’Isère resort? Browse our collection of luxury chalets in Val d’Isère to locate yours. Explore our other luxury family vacation options in France.